In the past few years, especially after the rise of JIO, the digital spectrum has changed considerably in India. The digital revolution gave a chance to many of the online payment systems to emerge from zero to hero. The Indian Govt. is also taking many initiatives to promote digital payment solutions in India and if things continue like this then we can predict that the UPI apps in India are the future or maybe the future is already here.

After the launch of Unified Payment Interface (UPI) in India, many banks and third-party companies have started coming up with their own mobile payment apps with UPI support through which you can send or receive money across UPI linked bank accounts. These apps have changed the way we pay bills, buy groceries, or transfer money to our friends and families.

The issue is that many companies are trying to enter this game every day and this is creating a lot of chaos among the public for choosing the right UPI app in India 2019. To make things simpler for our readers, we have come up with the list of some of the most popular, used and best UPI apps in India. But before we dive into the list of UPI apps for mobile, it’s important to understand a few things about UPI. Let’s take a look:

Unified Payment Interface or commonly known as UPI is created by the National Payments Corporation of India (NPCI) under the supervision and guidelines of Reserve Bank of India (RBI). The UPI apps just need a mobile number and from then and there you can send and receive money via the bank accounts linked with your registered mobile number. Sounds easy?

The best part of all is that everything is done on a real-time basis and one doesn’t need to manually enter all the bank details. Everyone is allotted a unique Virtual Payment Address (VPA) through which money can be sent or received among parties directly in their linked bank accounts. After the invention of UPI 2.0 by NPCI, it seems this thing is going to create a lot of boom among companies and the users as well.

How Does UPI actually work?

The UPI payments work through the following ways:

Must Read:  How to Schedule Whatsapp Messages On Android

What are the requirements for attaining UPI?

As UPI is all about bank accounts, money, and similar stuff, there are certain requirements or guidelines that you need to fulfill before you can opt for the UPI apps.

What are some safety tips to keep in mind while using these UPI apps?

If you decide to choose any app from the below UPI apps list, then you should keep some safety tips in mind to prevent yourself from landing up in any fraudulent activity or getting your account compromised.

Paytm was earlier a wallet and it still is, but now they have also launched Paytm Payments Bank for UPI transactions. The best part of all which gives Paytm an edge over others is that it’s accepted in most of the places across the nation. It’s said to be one of the earliest digital payment apps in India that rose to fame. Many other similar apps started at the same time but they couldn’t match up with the popularity of Paytm.

This app has a high number of effective features that drive its audience crazy. A while back, they had also released their physical debit card which is linked to Rupay debit card. In terms of UPI, Paytm is the most used app among the others, that’s why I put it on the top, but that does not mean, It is the best. We have covered the best UPI Apps for Android.

After the KYC implementation rules by the RBI, you will have to first complete your KYC before you can utilize the service. As per the stats, it’s revealed that Paytm dominates the offline transaction market for QR code in India. If you want to try out an app that is accepted almost everywhere then undoubtedly go for Paytm.

Bharat Interface for Money, short for BHIM is developed and maintained from time to time by National Payments Corporation of India or NPCI. It sports a sleeky UI, which makes people get dragged towards it. Though being an almost government based UPI app, it doesn’t seem to compromise anyhow with the quality and standards of the market and probably that’s the reason that it can give tough competition to other players.

BHIM is one of the most secure UPI apps and because it’s owned by NPCI, you have another reason to trust it. Like most of the other apps, this service also has options for generating QR codes, changing UPI pin, transferring money, splitting the bill, to name a few. No KYC difficulties, queries or anything as such! Just make sure that your number is linked with the right bank account/accounts, and then you can register for an account and start enjoying the benefits of the service.

Mobikwik was developed in the year 2009, by two individuals, Bipinpreet Singh and Upasana Takku. The app is also one of the earliest digital payments apps in the country and it seemed to do pretty well in the starting as it was able to collect a lot of user base but in the long run, due to the heavy market competition, it lost many of its customers. It recently introduced the UPI payment platform in its app with a good number of features.

Mobikwik not only has a decent user base but many registered retailers also accept payments through Mobikwik. The app may seem a bit clumsy at first but once you are used to its interface, you won’t have any issues operating it. Plus, the customer service of Mobikwik is quite fast and supportive, compared to others on the list.

Phone Pe was launched as a Bangalore based UPI payments app back in 2016. After some time, the e-commerce giant, Flipkart bought the service, seeing its future potential. Though, Flipkart itself got sold to Walmart! 😜.  If the reports are to be believed then Phone Pe will be the first Indian app to be linked as a payment method in the popular Walmart India’s “B2B Cash&Carryy Stores”. Phone Pe is already beating apps like Paytm by having almost 54% market share. Yes, we can definitely say that Phone Pe is one of the best UPI apps for Android.

The service is powered by ‘Yes Bank’ and they are held responsible for carrying out the UPI service throughout the nation. Phone Pe is also known for quite a lot of offers like the recent scratch cards that they have introduced through which one can scratch and win money if their luck favors. They are also indulged in the selling of digital gold, just like Paytm Payments Bank. Easily download the app, register and start performing transactions of up to 1 lakh per day at any time of the day.

If there’s one thing that Google did specially for Indians and which we are proud of them i.e. Google Pay, formerly known as Tez. It’s one of the most secure and trusted UPI app that comes with loads of features. The reason we called it one of the most secured is because of the fact that it carries more security features than compared to some apps listed here. It is one of the best UPI apps for android in India. Every time, you try to gain fresh access to the app, you will have to input your PIN.

It’s one of the few apps that’s available in multiple Indian languages including Hindi, Telugu, Bengali, Gujarat, Marathi, and a few more. Earlier there was mainly support for 4 banks but after getting Integrated into the UPI app list, every bank that is linked with BHIM UPI became a part of it. It has its own referral program where you can earn money for referring your friends and family members. Cool!

The UPI apps of all banks seem to be making life easier for the public. If someone says that the payment apps future is yet to come, then they are wrong as the future is already here. If you ask us the best UPI app for android among the list then we can’t pick one name as every app has its own advantages and disadvantages. Our duty was to select the Top 5 Best UPI apps for Android of all time and out of these, now you can choose one as your main preference, depending upon your needs and requirements. But, still, if we have to choose one without being biased in any manner then it has to be Google Pay or Phone Pe.

We hope that the UPI apps will help you perform seamless transactions at your own pace. If you encounter any issues and doubts related to the above-listed apps, then let us know in the comments section. Someone from the reader or the team would surely get back to you. Also, if you have any more UPI app suggestions, then drop us a comment. We are waiting for your responses! 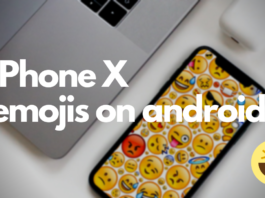 How To Get iPhone X Emojis on Android [3 Ways] 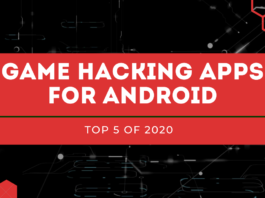 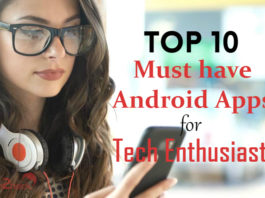 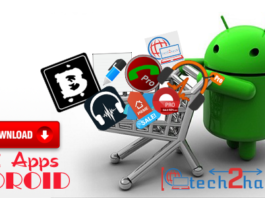 How To download paid Apps & Games for Free on Android 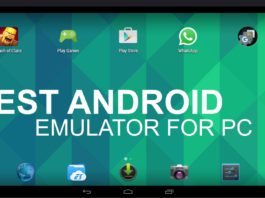